Post-traumatic growth (PTG) is positive psychological change experienced as a result of adversity and other challenges in order to rise to a higher level of functioning. 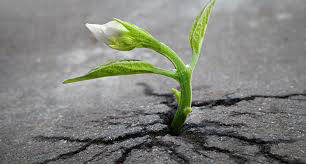 Posttraumatic growth involves "life-changing" psychological shifts in thinking and relating to the world, that contribute to a personal process of change, that is deeply meaningful. The general understanding that suffering and distress can potentially yield positive change is thousands of years old. For example, some of the early ideas and writing of the ancient Hebrews, Greeks, and early Christians, as well as some of the teachings of Hinduism, Buddhism, and Islam contain elements of the transformative power of suffering. Attempts to understand and discover the meaning of human suffering represent a central theme of much philosophical inquiry and appear in the works of novelists, dramatists and poets.

Posttraumatic growth occurs with the attempts to adapt to highly negative sets of circumstances that can engender high levels of psychological distress such as major life crises, which typically engender unpleasant psychological reactions. Growth does not occur as a direct result of trauma, rather it is the individual's struggle with the new reality in the aftermath of trauma that is crucial in determining the extent to which posttraumatic growth occurs.

I always thought when people went through hardships the best thing they could do was bounce back. It has been eye-opening for me to learn that alongside the negative emotions, growth can occur. When you look at people who have gone through a sudden loss, a life-threatening illness, an accident, a natural disaster, serious abuse--over half say there were some positive changes in their lives as a result. Not that they were happy those things happened. But a lot of people come out feeling stronger. 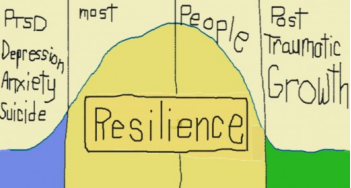 They also felt more grateful. It's ironic that when you go through a tragedy you appreciate more. You realize how fragile life is and that there are so many things to still be thankful for. That is a pretty common reaction. There is also researched evidence that shows when people go through tragedy together or if they have lived through similar kinds of tragedies it can bring them closer than they imagined possible.

The other kind of post-traumatic growth is about the future. When people go through tragedy they often become determined to make some good out of it. They want to do something worthwhile with the time that they have or to honor the legacy of the person they loved and lost. To do that frequently you need to be able to see new possibilities.