Does Running Hurt Your Knees?

Let’s put this debate to rest. 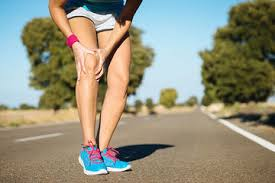 It’s the statement every endurance athlete has heard: “Running will ruin your knees!” The warning is repeated so often and so adamantly—it seems almost everyone knows someone who had their joints (and their lives) ruined by running. “It’s just not healthy,” they insist. “You’ll wear down your knees until you can’t even walk!”

Is it true? A meta-analysis published in the British Journal of Sports Medicine says absolutely not. The study, performed by Alessio Bricca of the University of Southern Denmark, set out to debunk what Bricco calls the biggest “barrier to exercise”—the widespread mistaken belief that running will wreck your body, not strengthen it.

Bricca confirmed what many biomechanical experts are saying—there’s simply no proof that running wears down the cartilage of the knee joint. A 2017 study found that runners do not have a greater prevalence of knee osteoarthritis than non-runners. In fact, running may actually protect the knees from osteoarthritis, according to research published in the American Journal of Sports Medicine.

So why does the myth persist? For starters, most people are citing outdated research. The earliest studies on running and osteoarthritis found a connection between the two variables—but they only sampled small groups of elite marathoners with extremely high training loads, not the typical recreational endurance athlete. These original studies were limited in scope, yet the media misrepresented the results to extrapolate knee problems to all runners: “Running is bad for your knees!”

Though larger, better studies have since found that most recreational runners have perfectly healthy knees (thank youv very much), those early studies persist. In a 2018 study published in the journal PLoS One, researchers found that over half of survey participants believed running would lead to premature arthroplasty, or knee replacement. More shockingly, up to 22 percent of healthcare providers incorrectly believed that running is a risk factor for knee osteoarthritis. Thirty-seven percent 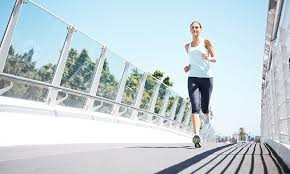 Though knee injuries can occur in running, they’re more likely to be of a temporary nature, such as patellofemoral pain or patellar tendinitis. These can be easily fixed by gradually increasing one’s training load as well as incorporating specific, targeted strength work into one’s training routine.

As for what to say to the naysayers? Nothing. Just let your happy and healthy knees speak for themselves when you’re still running in your golden years.